GOODNESS OF HEART
LABYRINTH HISTORY
The labyrinth has been a symbol of spiritual life, across cultures, since prehistoric times.  The earliest labyrinths, following what we call a “classical” 7-circuit pattern, are seen in southern Europe and North Africa, dating from about 2000 BCE.  Most contemporary labyrinths, including the labyrinth at MaineGeneral Medical Center in Augusta, Maine, follow this pattern. 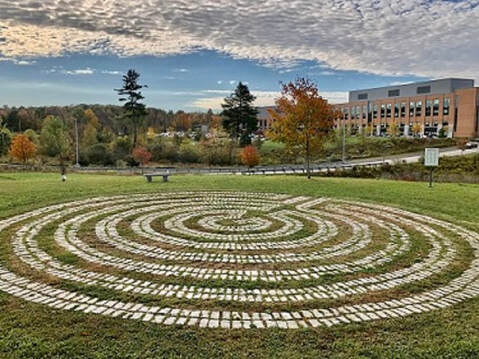 Labyrinth at Columba beach (point of arrival from Ireland of St. Columba in the 6th century), Iona, Scotland 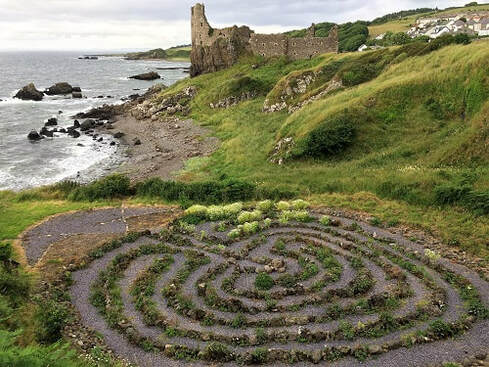 Dunure, Scotland (with remains of 13th century castle)
​
Toward the end of the 9th century, a monk named Otfrid embellished the classical pattern with additional circuits, beginning a series of what we call “Medieval” designs.
​ 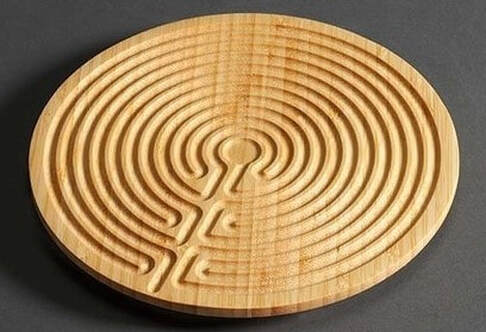 Elaborate designs were developed extensively in the Middle Ages in churches and cathedrals, most notably the Chartres Labyrinth, dating from around 1200.
​ 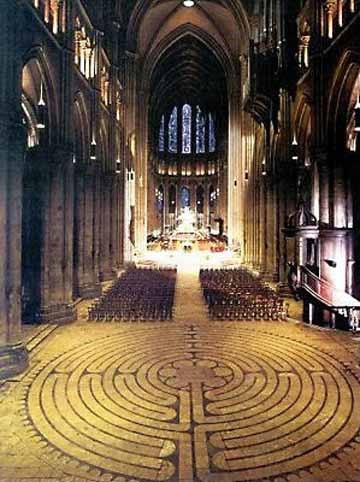 Chartres labyrinth
​
Labyrinth designs originate in the Americas, as well, such as the “Man in a Maze” design from the Tohono O'odham community in Southern Arizona.
​

Labyrinths have served a number of purposes.  Larger classical and medieval labyrinths are designed to be walked, as a discipline of spiritual centering and reflection.  Other designs, including the Man in the Maze, have served more as allegories of the journey of life.
Proudly powered by Weebly